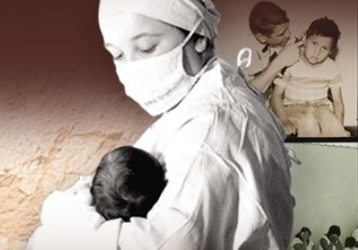 Peter Coyote narrates, inviting viewers to engage in the national dialogue on health care from a native perspective. The powerful images and voices from some of the most vulnerable communities in Indian Country provide historical evidence of just how poorly health care services have been funded and managed, while hundreds of treaties promising health care, education and protected status in exchange for millions of acres of land, have continued to be dishonored and ignored by the federal government. Current perspectives are equally disheartening: the introduction and substitution of food commodities for traditional native diets is discussed as a major contributing factor to the alarming increase in diabetes, heart disease and other native health concerns.

Declared wards of the state, Native Americans were promised housing, education and healthcare in numerous treaties with the US Government. Like so many other federal promises, these too have not been met. The budget shortfall to the Indian Health Service continues. Add to this generational trauma of subjugation, reservations, boarding schools and alienation, their health and their healthcare is in a critical state. This is the story of the program's inception of our government's obligation to America's first people.
Event Media: